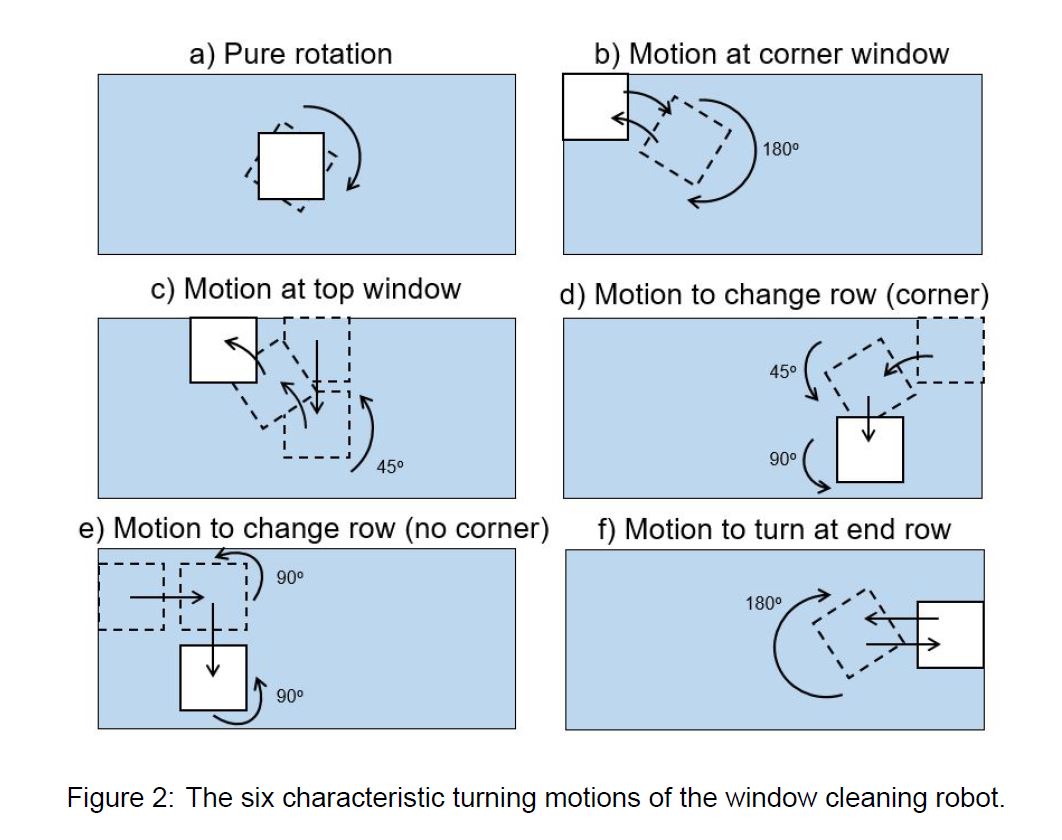 where t(changerow,normal) is the time to change row when the robot is not located in a corner at the beginning of the motion (s). The last characteristic motion of the window cleaning robot is its turning motion at the end of each row (see Figure 2.f). This motion is, of course, necessary in all algorithms since remaining stripes should be wiped away, or because the row is simply not clean yet. It consists out of three phases. First, moving away a distance s(turn) from the edge of the window to enable the robot to rotate. Second, a pure rotation over 180° and third, a movement back to the edge of the window (again over distance s(turn)), but now facing the other side of the window. Hence the equation for the time of this motion becomes:

where t(turn,row) is the time it takes to turn the robot to the other side of the window when it is at the end of a certain row (s). As mentioned before, the equations above are implemented in NetLogo to model the times of the rotations. The rotations itself are not explicitly made visible, but the robot is ’teleported’ from its location before to the location after the turn.