For the scenario of this case, a disaster has struck and demolished many buildings and structures. Whether it was an earthquake, an explosion or an alien attack, there will be debris from fallen structures which make possibly trapped people inaccessible. Till today still many people don't get saved in time and die due to the severity of there injuries. Although the rescue techniques have improved over the years, a better solution has to be made to tackle this problem. Some of the current techniques used in rescue missions are: 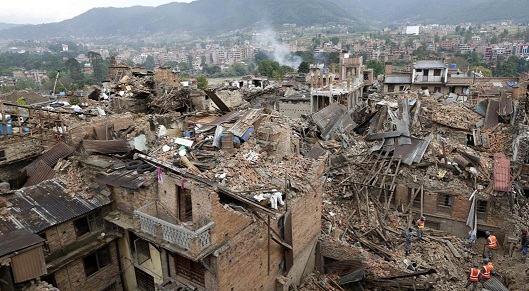 Since the help could still be improved for the struck people, an attempt is made here to introduce swarm behavior to this problem. The general idea being that a cooperation swarm of robots gives a greater result then a multi functional unit which has the same capabilities as the swarm as a whole. The key in succeeding is to create a synergy between the swarm units, which is translated into the robot control software. Since the swarm will be in direct contact with users (for example people struck by the accident) and society, USE principles will be one of the main guidelines in this design process.

Back to: Freeduino based robots