Drone company AVY and several partners are currently testing a long range drone delivery service. The consortium, called Medical Drone Service, will research how the system can impact healthcare in the Netherlands. This consortium consists of several companies, that each have their own expertise; the most important ones are: The ANWB (who are also behind the medical helicopters), PostNL (postal logistics), Erasmus MC (hospital) and Sanquin (blood bank).

During this pilot, a distance of 15 km is travelled in a sparsely populated area, and in the current stadium no medical equipment is yet transported. The main transport is meant to consist out of e.g. medicines, blood and urgent medical deliveries.

The drone flies autonomously, but is constantly monitored and at any time the control can be taken over. This specific drone is the AVY Aera, which is also called a Vertical Take Off and Landing wing drone. This term, as you might expect, means that it can take off and land vertically, and subsequently fly horizontally. This can be of great advantage in crowded areas, as the vertical landing makes large landing strips redundant. The drone has a wingspan of 2.5 meters and flies with a speed between the 70 and 80 km/hour, which it can maintain for about an hour. The height it flies at is about 100 meters and at the moment it can only transport a maximum load of 1.5 kilograms. An example of a technical challenge that this drone faces is to maintain a certain temperature, as blood has for instance ideal temperatures at which it should be transported. In addition, it doesn’t fly at bad weather conditions. 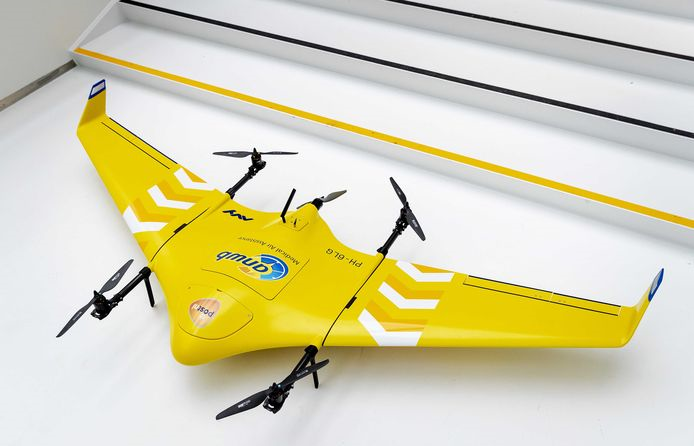 The American drone company Zipline created the world’s first ever drone delivery network for blood transportation in Rwanda (Africa), in October 2016. Zipline has distribution centers from where the drones are launched. These centers also perform the function of storage and warehousing of blood and the drones. When a doctor places an order for blood to the distribution center (e.g. through a message or call), workers at Zipline takes the blood from the refrigerator, wraps it with insulated paper and packs it in an insulated cardboard box, after which it is loaded in the drone. Subsequently, the drone takes off to deliver the cargo to one of the clinics.

Zipline uses planes instead of quad copters (which uses four rotors), as quad copters uses far more energy to fly. They can’t manage the range from batteries necessary to travel longer distances and are relatively slow as well. On an average, one delivery is completed in 15-45 minutes and it takes 5-7 minutes to launch the drone after receiving the order. Zipline handles approximately 500 deliveries per day. These drones travel with a speed of 100 km/hour, with a range of over 160 km (allowing the drone an 80 km zone around the location). When the drone reaches the delivery location, it descends to 30 feet to deliver the packet. 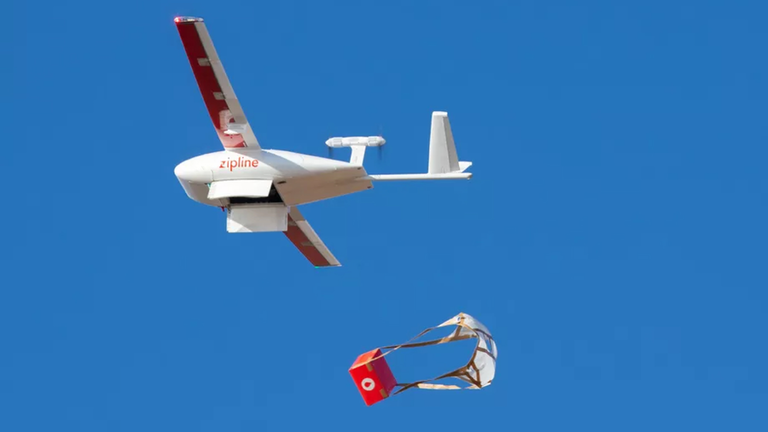 About the physical components of the drone. It has a wingspan of 3 meters and the maximum load it can handle per flight is 1.8 kilograms. The batteries (lithium ion batteries with a total capacity of 1.2 kilowatt hours) are the heaviest part of the aircraft, making up half of the total weight of the aircraft, weighing a total of 10 kilograms.

The drone has a few specifics that are worth mentioning. Instead of a regular GPS circuit, a detachable battery is used in which a GPS is present. This was done as the regular one experienced delay when connecting to the satellite. Another point is the fact that the cargo is dropped with a little parachute. As a result, the clinic at which it is delivered does not require any additional infrastructure to land the drone, and the drone can immediately return to the distribution center. The landing system for the drone is impressive and complicated at the same time. At the distribution center, two actuated arms are located, between which a wire is strung. The drone flies towards the arms, which catch a hook attached to the drone, and brake and end the drone’s flight. 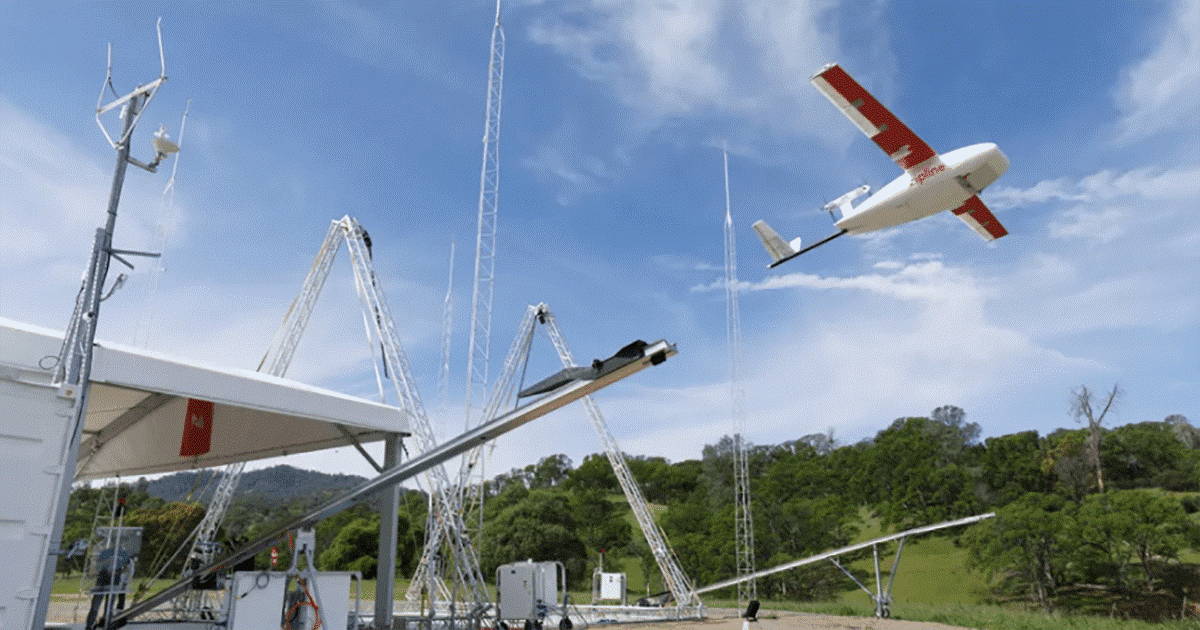 The company Zipline, which is also behind the delivery drone network for blood discussed above, are starting this spring with delivering COVID-19 vaccines. This will be done in the regions in which they are already active, for example Rwanda, Ghana and Tanzania, but also rural parts of the U.S.

A big challenge presented by many of the vaccines, is their temperature requirement. The Pfizer vaccine for instance has to be stored at minus 70 degrees Celsius. To overcome this issue, Zipline will store vaccines in ultra-cold freezers at its distribution centers, and when a clinic needs vaccines, the drones can make a delivery within roughly half an hour. As a result it allows rural and remote health facilities to bypass the need for having the freezers themselves.

Eye in the sky

On their website the West Midlands Police in the UK discuss the way drones can be used to assist officers in scanning large areas in a short amount of time. These areas being: crime scenes, hard to reach areas, major incidents or looking for missing persons. The drones cost between 2.000 and 10.000 pounds (2.320-11.600 euros). The drones are operated by specially qualified officers that have trained under the Civil Aviation Authority (CAA) regulations. The drones are used for a short 15 minute period of time to minimize noise concerns. The drones are allowed to fly up to 120 meters high. The smallest drone has a top speed of 65 km/h. The drones can fly within 500 meters of the pilot. They make use of a lithium-polymer battery that can be charged either in buildings or on police vehicles. 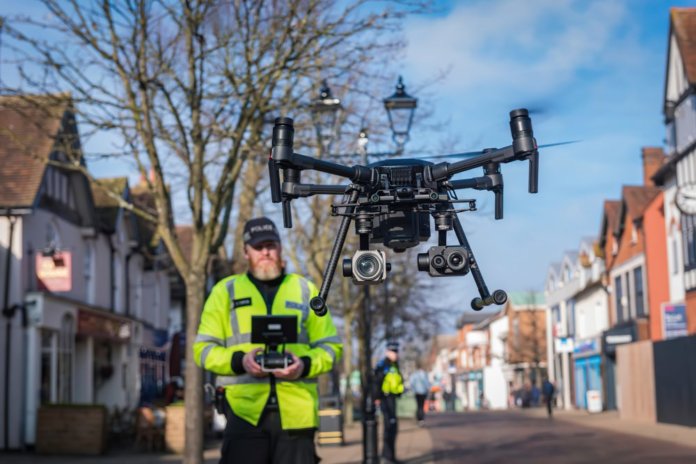 The Fire Department of New York (FDNY) has been using tethered drones at incident scenes since March 2017, The HoverFly drones are equipped with video and infrared cameras. They are able to evaluate fire travel, structural issues like cracks in a building or danger of collapse, and roof operations to determine if anything is unsafe and needs corrective action. HoverFly drones have a constant power source and are able to give very clear pictures. The drones are operated by pilots that are part of a command tactical unit that is dispatched from the FDNY command center. 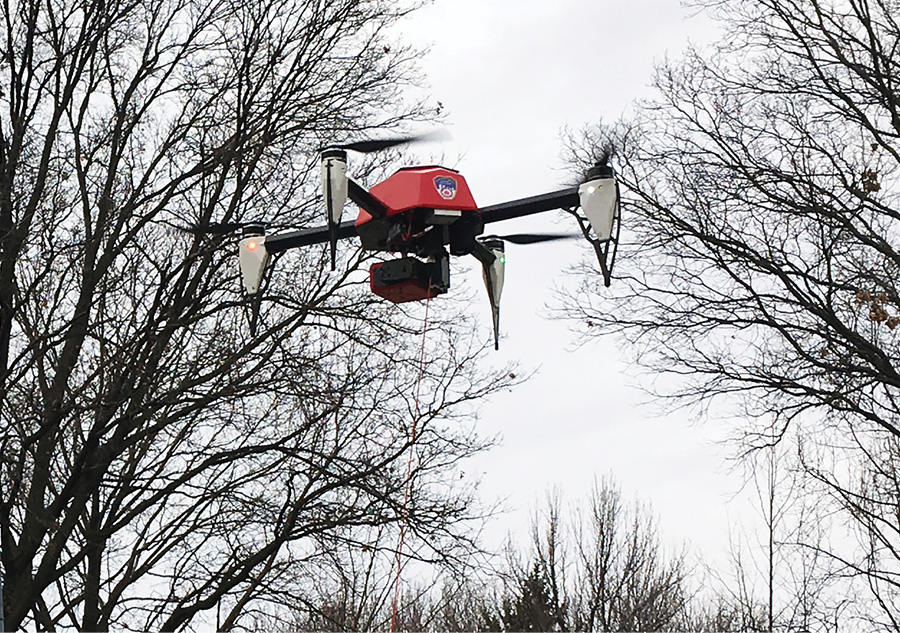