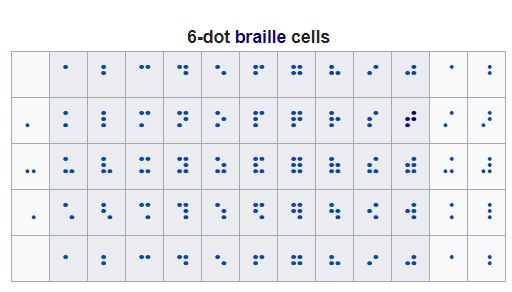 In order to type letters, you have to press the buttons on the right Braille cell. This works similar as reading Braille cells, however you have to press the combinations in terms of buttons. So try to reproduce the same combination as you would read it. Once a letter has been type, so buttons are pressed, and the Braillearn confirms this, the buttons will move upwards again. Once you have typed a letter, make sure to not press anything before the pressed buttons have been restored to the default state. Once the default setting is restored, then you can type another letter. If you make any error during the process, make sure to make use of the reset button as explained before.