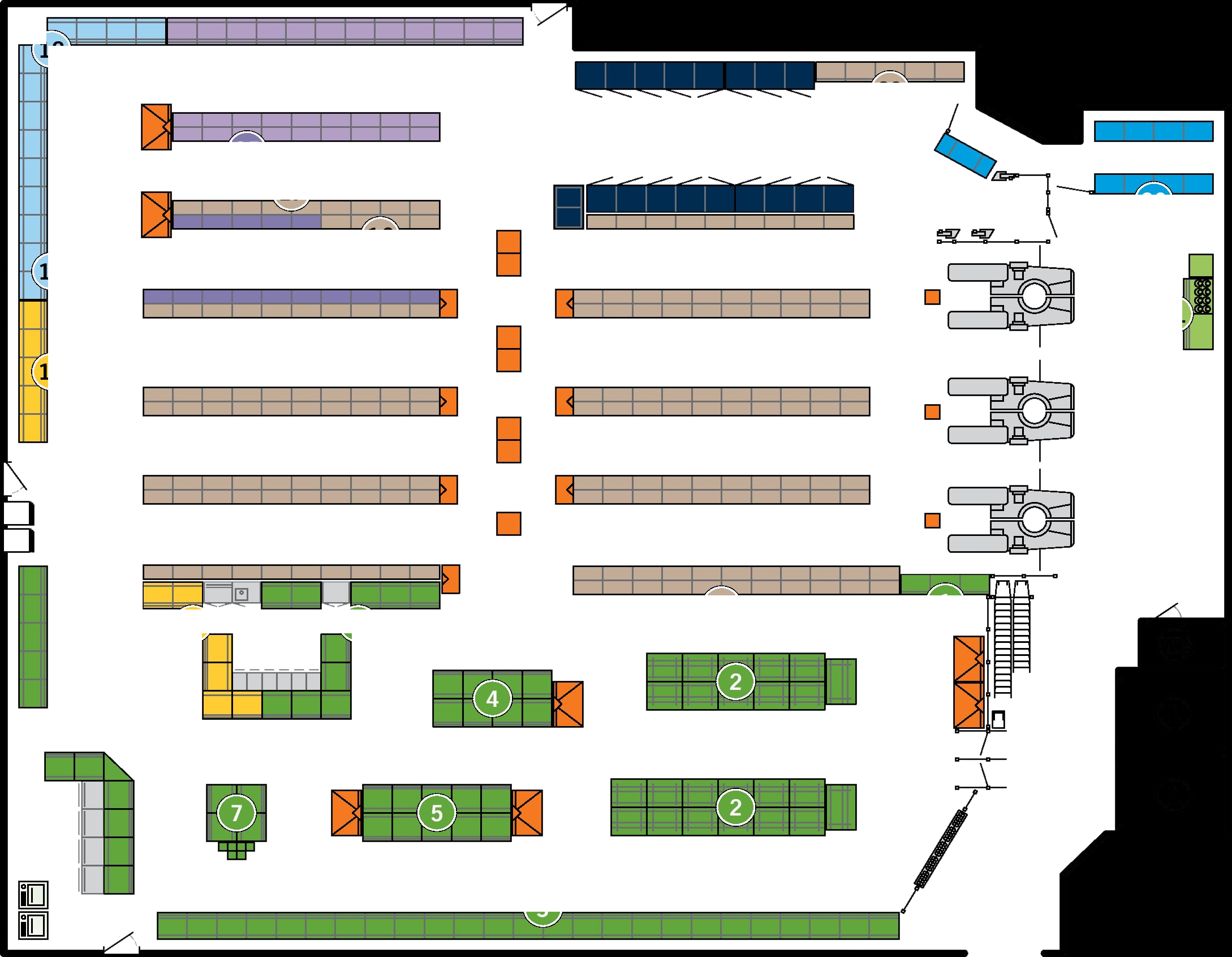 After running the same 100 tests of the robot moving to 50 positions on these three situations, these are the averages:

Navigation of the robot in a shopping environment is an essential function it should have. Several approaches to navigation were found: Articles here describe the use of models that describe buildings in stores, rooms, a set of places in each room and connectors among these. There is made use of so-called ‘highways’ for pre-determined robot paths and ‘off-roads’ where the robot plans its own path [6]. A different approach is the use of a sensor space as elaborated on in [7]. Other articles describe a modelling approach that predicts the surrounding pedestrian’s actions so that the robot can develop its own path. One promising example is an agent-based modelling approach where surrounding pedestrians are assigned the behaviours interact, watch, curious, ignore, cautious and avoid [8].

The robot should be able to move around various objects, these could be heavy or fragile. Article [9] describes the use of a force control parameter for robot grippers, so that fragile objects will not be damage by actuators. Article [10] emphasises the challenge of designing safe actuators for human-centred robotics. The articles states that by reducing the effective impedance while maintain high frequency torque capability in actuators, safety and performance requirements can be achieved.

Various sensors are needed, especially for localisation and navigation purposes but also for object recognition. According to [11] the advances in computer vision have led to an increase in the use of cameras as sensors. They are often combined with other sensors such as odometry or lasers. Omnidirectional sensors stand out in the richness of information they provide. These sensors, together with robust models of the environment are important for designing an autonomous mobile robot.

(Camera) sensors could be used for object recognition, which is an essential task for this robot application. The robot should be able to distinguish a large variety of shopping goods and should be able to detect if the product is misaligned or missing in the shelves. Article [12] describes a vision system where the user can specify an object the robot has to find and bring. When the recognition result is shown, the user can provide additional information, such as point out mistakes. Article [13] proposes a novel method for obtaining product count directly from an image using a monocular camera. Article [14] describes a patrolling robot that detects misaligned and out of stock products and provides the store associates with alert messages.

Robots working alongside humans could pose safety issues as well as open up question on how robots should interact (verbally) with humans. Another problem is that the use of robots could make humans redundant in this field of the job market. Article [15] says that retail automation is essential in competitiveness, but could lead to the minimum-wage employees being redundant as the robots are far cheaper. Robot store clerks are likely to be a disruptive force for the retail industry, this article states. Article [16] emphasises more on self-aware robots that become a part of society (including the retail sector) where brands are used as self-expression. Article [17] describes a means for robots to detect human action to make the cooperation between humans and robots in the workspace more attractive.

A robot store clerk should also be able to interact with humans. Humans might want information about a product or want to know where it is located. Article [18] proposes a robotic shopping companion to help customers in their shopping activities. Furthermore, the robot collects the emotional state of people through social interactions and then use that to influence people’s buying decisions. Article [19] goes further with investigating ways in which robots can persuade people. This could be applied to the robot store clerk in persuading people to buy a certain product. Article [20] describes ways in which verbal output of a robot can be made more human-like by introducing context-aware conversational fillers.

These articles describe a fully working system of a robot working in a retail environment. Especially article [21] is a great example, where a system is built that automates data collection for surveying and monitoring the shelves. The robot here can monitor shelves autonomously or through tele-operation. It can automatically detect out of stock situations. According to this article it will improve customer satisfaction, as shelve products are filled more frequently. The deployment also would not require modifying the existing store infrastructure and has a short return-on-investment period.

First of all, there is shelf restocking according to the first in first out (FIFO) principle. Humans are far better at grabbing a variety of objects, while robots can do this but very slow and inefficiently. Also, the task of placing the newest products in the back of shelves as by FIFO is physically hard for a robot to do. Robots like AMIGO[22] already have a lot of problems with the basic issue of grabbing arbitrary objects , so contributing to the state of the art will be difficult.