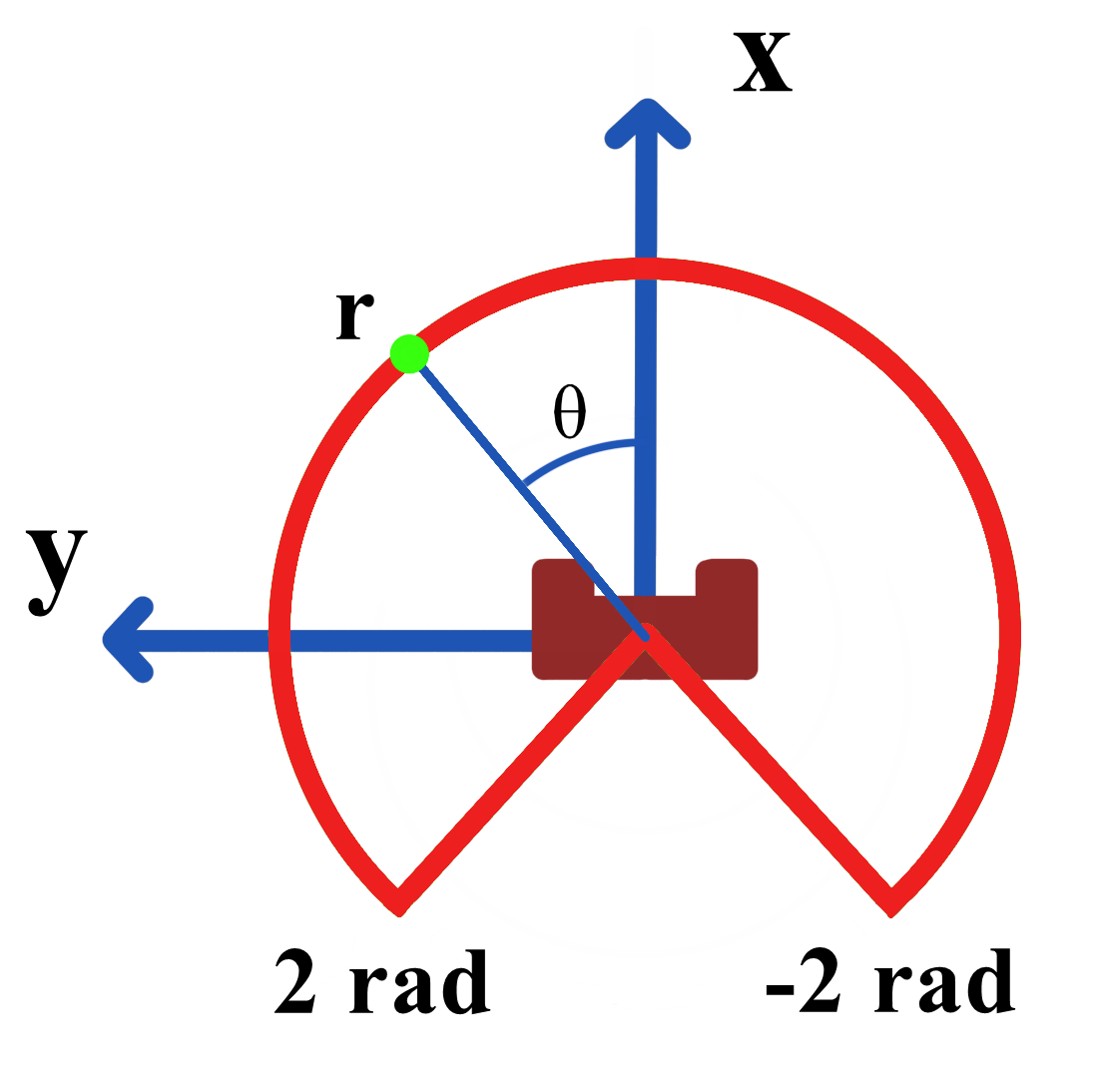 The line segmentation algorithm is based on the iterative end-point fit (IEPF) algorithm [1]. The algorithm works as follows: 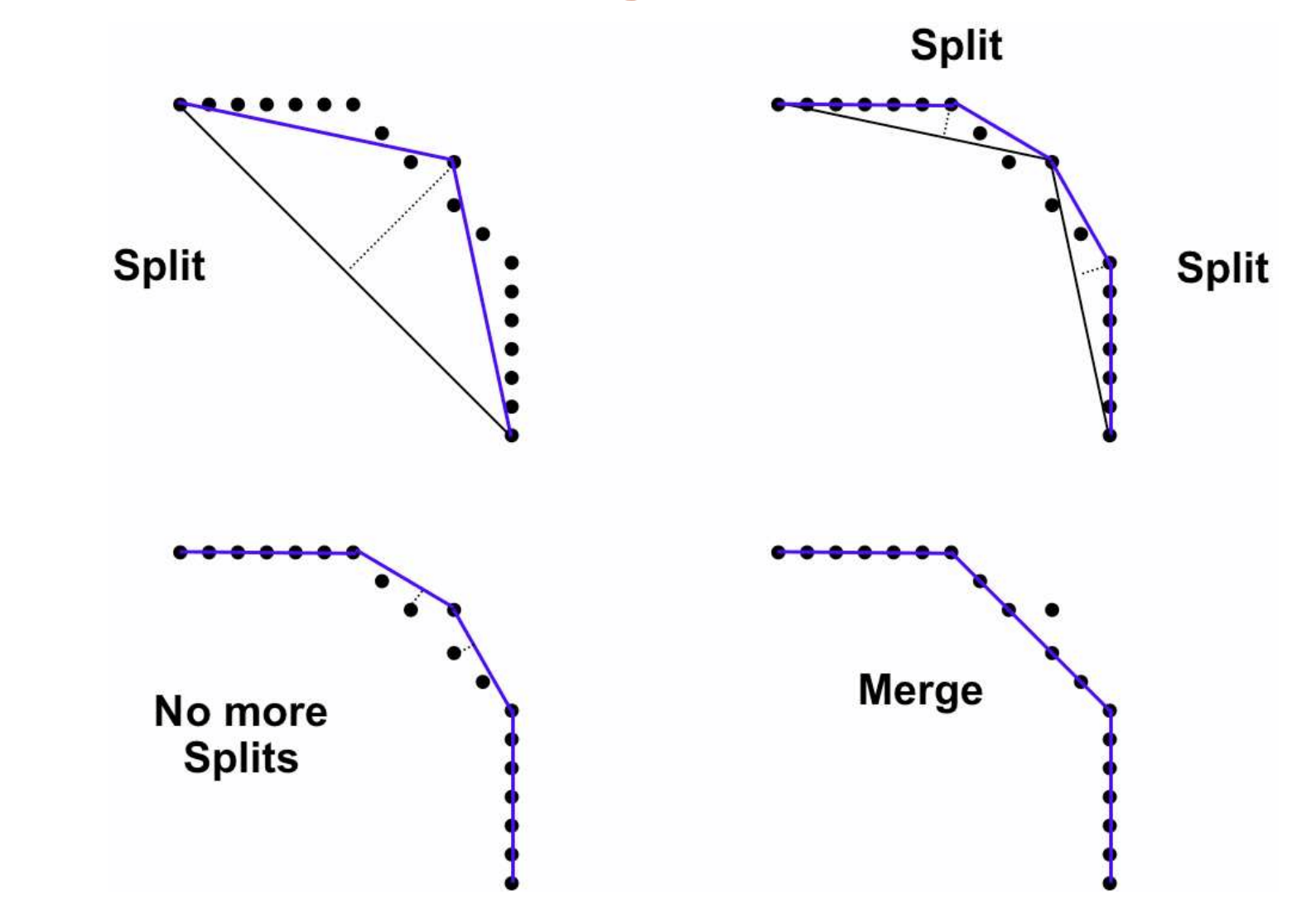 2. The perpendicular distances from the line are calculated for each data point between i_begin and i_end [2].

This is also called the split-and-merge algorithm, but merging is not done. The drawback of omitting the merging part is that the threshold in step 3 has to be large enough in order to prevent multiple lines from being detected in a single wall. Doing this may result in incorrectly indentifying a line between a wall and a small wall segment, e.g. a thin protruded wall. For the escape-room this is fine, because there are no such protruding walls. However, if there are thin protruding walls in the hospital challenge, a merging algorithm has to be implemented too. A merging criterion based on the chi-squared test is considered, which determines the difference between two lines based on their combined covariance matrices [3].