Here we explain MOTION.mdl (aliases/alternate versions: MOTION_demo.mdl, MOTION_exp.mdl, MOTION_demo.mdl and MOTION_test.mdl). MOTION.mdl is compiled as an external and hence you run in from a terminal (as a super user). Compilation is done by running make.m, which is located in the main folder.

The three different version all serve different needs, to use one: save them as MOTION.MDL and compile

MOTION_demo.mdl
Demonstration ready, uses only old code (no Reinforcement learning and a simple policy).
MOTION_frf.mdl
Used for frf-measurements, this by-passes homing and safety, so make sure to center all rods before running. Secondly, check to see if there are actually weak controllers set in this file. The output of this file is the same as all of the variant, a log file called MOTION.mat. An m-file which processes the data can be found in the ../tools folder(determines all transfer functions), you can use the output for loopshaping with i.e.: shape-it.
MOTION_exp.mdl
Experimental version, this file is kept to test new systems e.g. new moves etc.
MOTION_exp.mdl
Simulator version, use this file for generating experience. More on this can be found here. 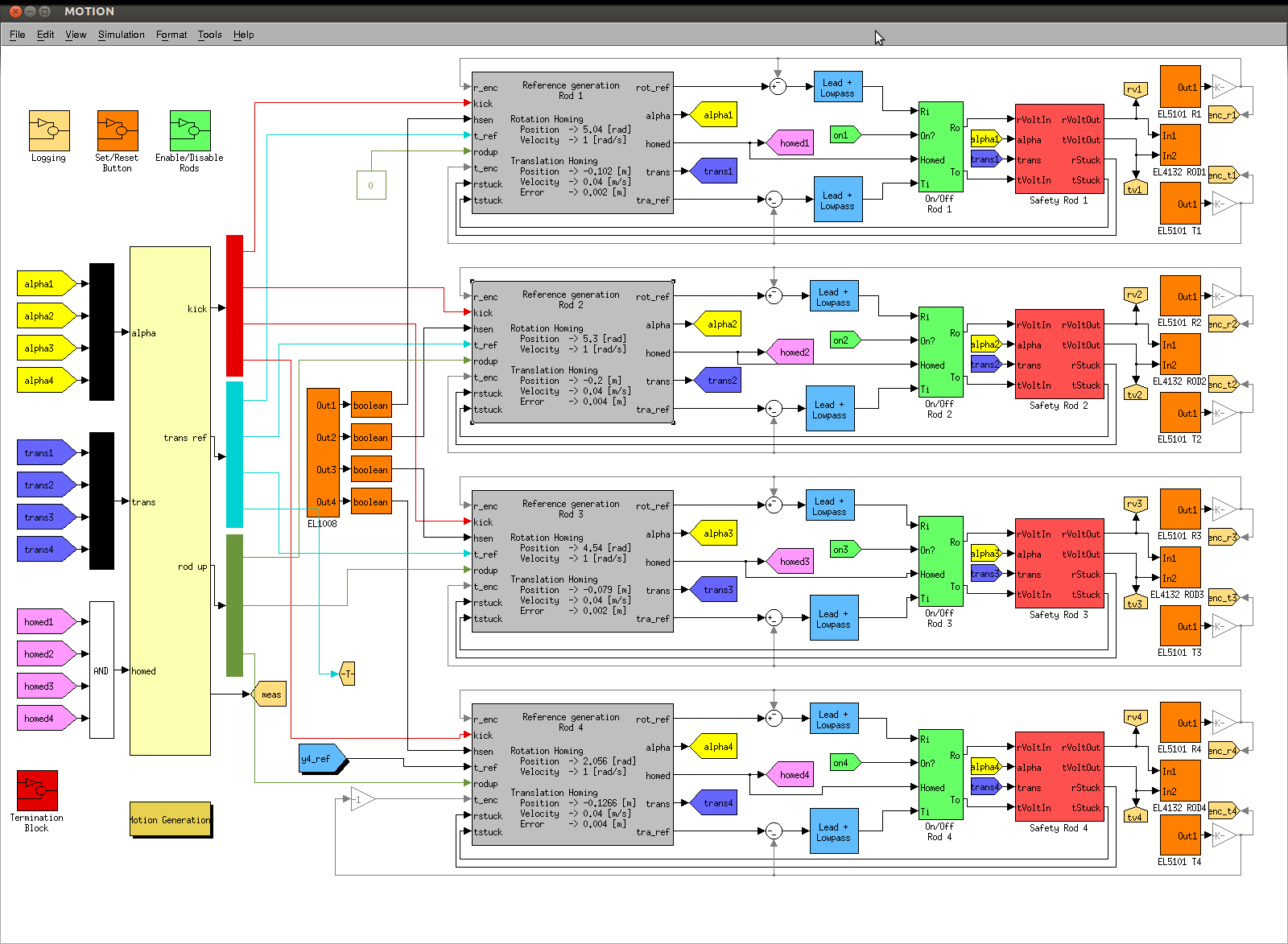 In this subsystem one can disable rods from moving at all, or just allowing them to home. It is recommend to first attempt homing before running the system in its entirety. Do disable/enable rods all you have to do is double-click on them.

Enable and disable rods in this dialog. 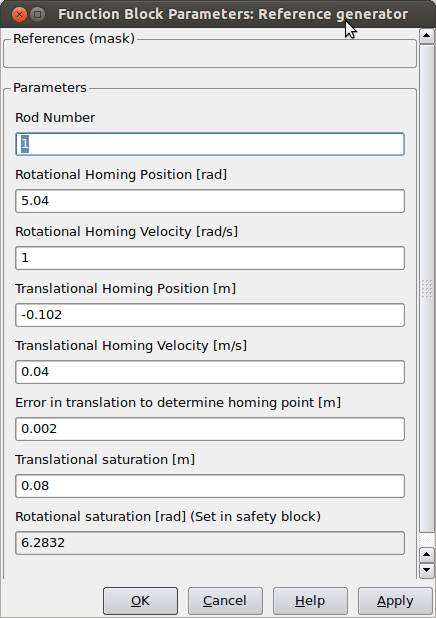 The safety has been put in to stop large voltages to be sent as the output for both the translational and rotational controller. Once it exceeds a certain threshold the output is set to zero. 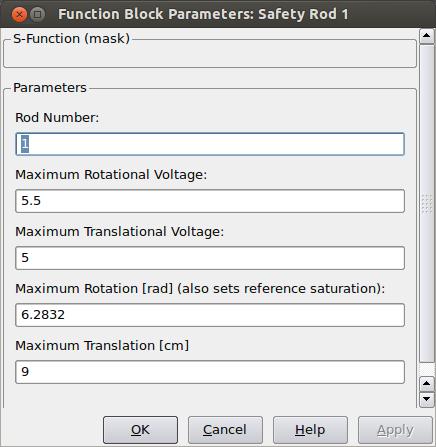 As said, building the file is really easy and is done using make.m. If this executes properly it will create an executable called MOTION in the main folder. This file currently requires Matlab R2011a (or below), as it makes use of a piece of code which is deprecated in later versions (see `Termination Block' in the simulink model).

When building on a new system, be sure to run setup the compiler correctly by running mex -setup and choosing option 2. Now edit out all the -ansi flags, example:

You can run the motion executable by starting a terminal and typing the following code:

When running the external, first homing will take place (apart from MOTION_frf). I recommend first attempting just to home it, by using the enable/disable options explained earlier. Once this is done, it will run until you stop it using ctrl+c, the final time is reached or when the emergency stop is used( not recommended as a default). If it crashes for some reason, or does not home see this section

libmotion_tools is a small library created for common calculations performed on the table; puppet selection, intersection point calculation, et cetera. It functions using a class, this class has private variables that remembers what puppet is currently selected. The latter is really useful to avoid hectic switching of puppets in twilight zones.

In this section we shortly describe how to use this library.

Action availability is calculated alongside the constraint calculation for the particalur move.