For the TMC event, the team wanted to show the concept of the drone show with three drones, but because the ultra-wide band only worked with one drone, and the top camera was unable to be transported to the new location, only one drone was able to fly. Therefore it was decided to make one drone fly, and visualize the other drones on a screen. This way the screen would show the actual data from the flying drone and the paths the other drones should do if they were able to fly together and synchronized. 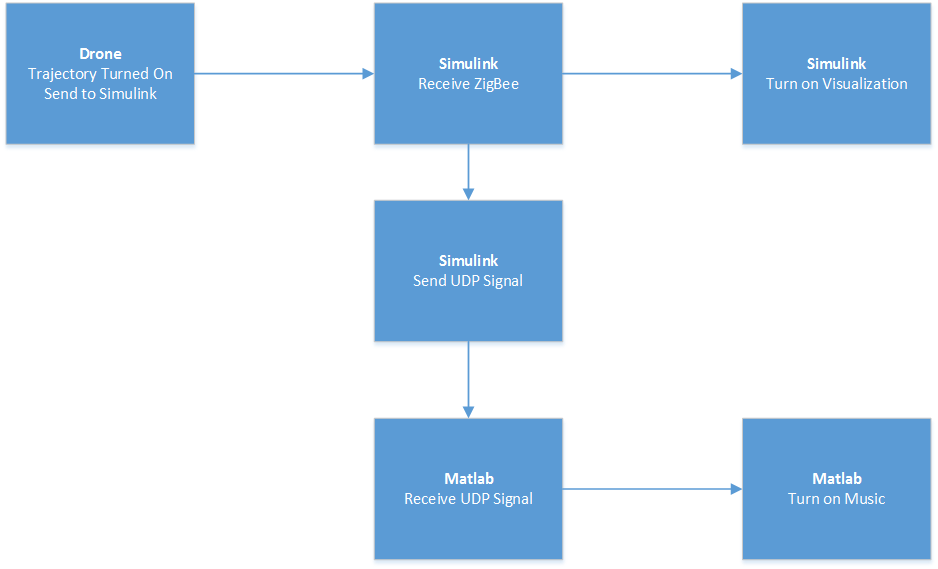