The goal of Firefly is to make an autonomous light show with drones. This show will involve three drones that fly in a nice-looking and coherent way. This is one example of what can be achieved when multiple drones work together to achieve something. There are multiple other applications that can be thought of, such as lifting objects, searching areas, etc. All these applications have something in common; they require to know their absolute position in some pre-defined area. For outside and low-precision objectives GPS can be used to solve this problem. However, the light show of Firefly will take place in an area of a few square meters. This means that an offset of more than roughly 15cm could cause major problems such as drones crashing into each other. The goal of the Ultra Wide Band (UWB) system is to provide this high accuracy positioning system.

For the light show, currently, a central supervisor is used that sends commands to the individual drones. However, this might be changed in the future to a more modular system, where every drone determines only for itself what control inputs it should give to itself. This is a very scalable solution and allows (if configured properly) an undefined amount of drones to work together. Although, it is not realistic to say that Firefly will be able to do this within the coming few months. However, we are developing this solution with a Avular, a company working on and with drones. They have plans to exploit this feature in the future. To realise this, all the computations should be done on the drone's hardware. 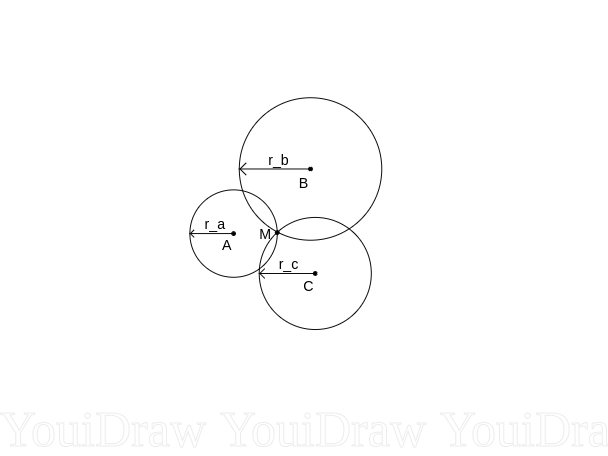 In the previous section, the algorithm to calculate the position of the tag was presented. However, a major assumption was not discussed in this calculation. It is assumed that the internal clocks of beacon A, B and C do not have an offset relative to each other and their clocks run exactly at a speed equivalent to that of real time. One might say that this should not be a problem, because the errors will be in the order of microseconds. However, since the distance calculation is based on the speed of light (which is huge), small errors in time do contribute a lot to the error in position estimation. As an example, if the clock would deviate by [math]\displaystyle{ 1 \mu s }[/math], the estimation of position will be off by approximately 300 meters. Obviously, this is an unacceptable error. To make the clocks as accurate as possible, it was decided to define one beacon as the master beacon. This beacon would make sure its clock runs its clock at a very accurate speed. The other beacons are slaves that get synchronized to the master clock. The master clock has to be synchronized to real time as accurate as possible. A crystal oscillator inside the beacon determines the exact speed of the internal clock. This crystal oscillator can be tuned to run faster or slower from simple commands in C. An external source will send a pulse every real second to the beacon, which will trigger an interrupt in the beacon. If the difference between the internal clock time between two consecutive interrupts is smaller than one seconds, the crystal will be adjusted such that it runs faster. If the difference is more than one second, it is adjusted to run slower. The crystal oscillator can be tuned and that improves accuracy, but the speed at which it runs is divided in 32 discrete states. One can imagine that the difference between two states might still make a rather big difference. In software, it can be further improved by take the difference between two consecutive interrupts and dividing this by the internal clock time that passed between those interrupts. We can achieve a double precision floating point accuracy on the discrepancy of the clock, assuming that the difference is linear. Avular asked us not to share information on the external source in public documents. On the slave beacon a very similar algorithm was implemented to the master beacon, but now the external source/clock is the master beacon. Also, the slave beacon compensates for the offset between the master beacon and the slave beacon.

The mathematics of the Algorithm 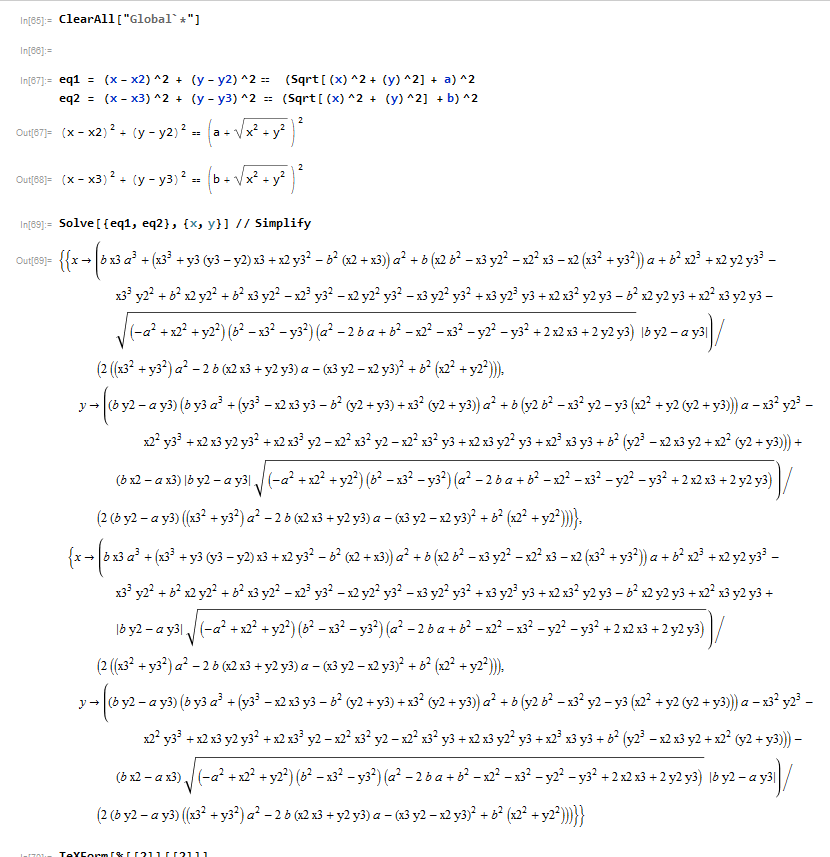 The description in the previous sections, described the UWB system with the minimum necessary amount of beacons. However, the amount of beacons can be increased to increase accuracy. The algorithm only works for certain numbers of beacons, but it is possible to make the setup more accurate with every beacon that is added, if one follows the approach introduced in this section. We take the example of 6 beacons and we choose to set up the algorithm as described in the previous chapter for 4 beacons. This means that four beacons work simultaneously, but there are 6 beacons in total. Any arbitrary set of beacons can be taken from these six beacons. That means that there are 15 combinations of beacons to choose from. If we consider all these sets, we can take multiple measurements and combine the data from the different combinations of beacons to estimate position more accurately. According to the results from some quick tests, it seems that this indeed improves stability and accuracy. Combining the different sets of beacons, also helps to filter out faulty measurements. During measurements it was observed that the estimates from the different combinations of beacons were often divided in two groups around a slightly different position-estimate. An implementation of the k-means algorithm can identify to which group each combination of beacons belongs. In this way, we can choose the group with the most members as the correct measurement. In practice, this seems to work very well.