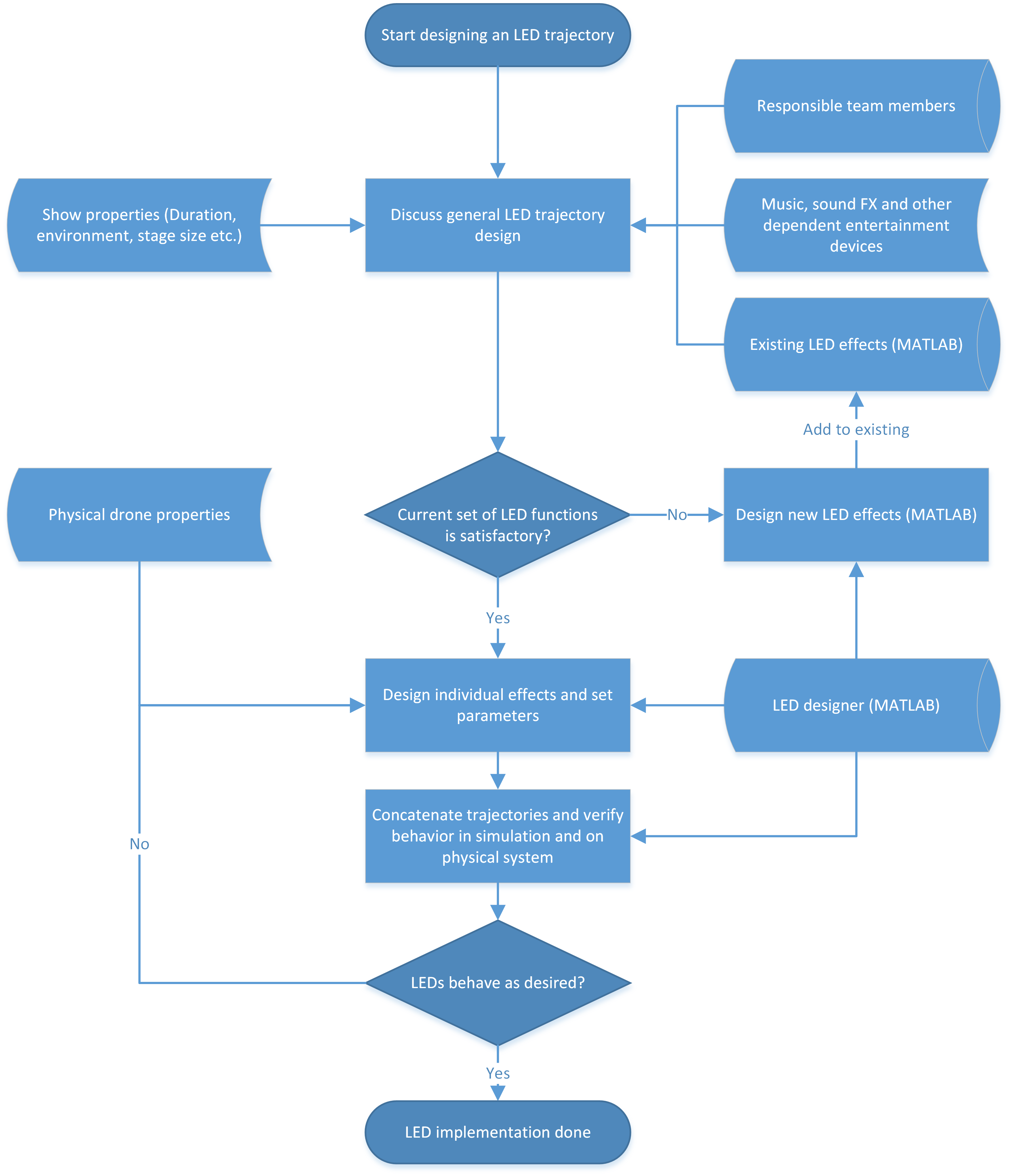 All of the relevant steps in this section are performed in the trajectory.m file. At the top of this file, general system parameters such as the frequency and amount of LEDs are specified, since they are (and should) be equal for all effects. Next, the trajectory parts are generated and immediately concatened using MatlabΓÇÖs vertcat command. The resulting matrix has [math]\displaystyle{ m }[/math] columns - equal to the amount of LEDs on the strip - and [math]\displaystyle{ n }[/math] rows - equal to the frequency multiplied by the sum of all individual effect durations (plus one). Refer to the flowchart in [fig:concatenation-conversion] below for the full process specification.