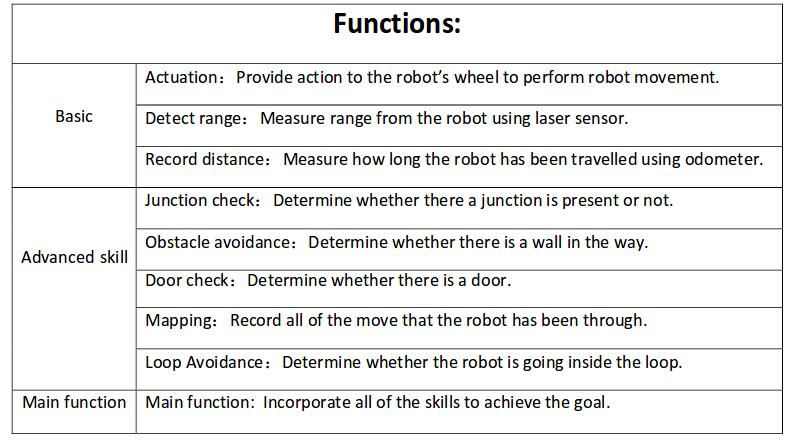 We use the similar way to detect if door is opened after waiting for 5 second. The forwad direction laser bundle is used. If both boundaries have longer distance and more than 75% laser line of the laser bundle is longer than detection radius, PICO will consider door has opened.(Similar as front junction detection)

"Open Space Detection" block is an extension of "Junction Detection" block. By including another two laser beams ranges around -45°and 45°respectively (red ranges in the figure)，the feature of open-space can be distinguished from that of normal junctions. the differences will be introduced below in three different cases in detail: 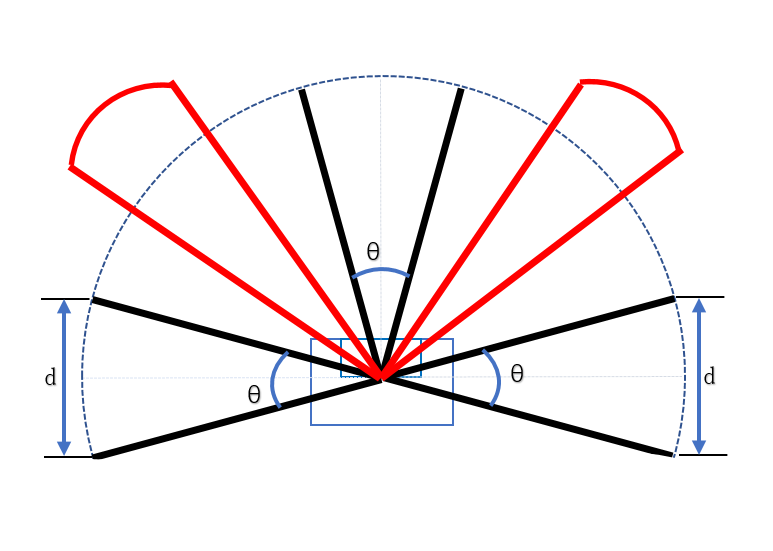 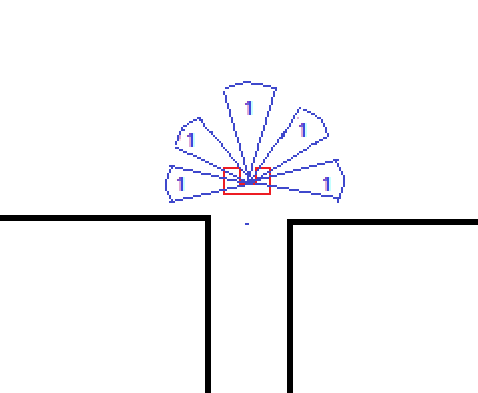 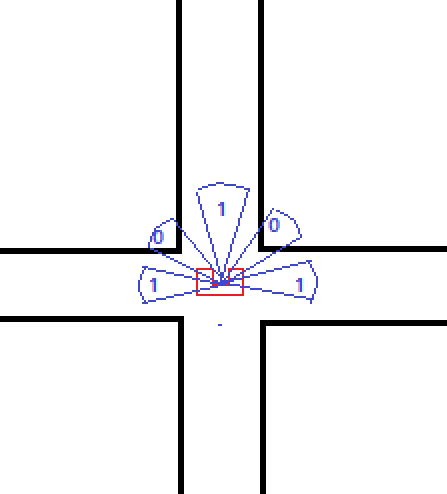 open space only happens on the right side of the robot as showed in Figure "openspace-Detection-case2". The feature of this case is similar to that of right T junction showed in "openspave-case2"(right). In same way, laser beam at -45° helps to distinguish them. 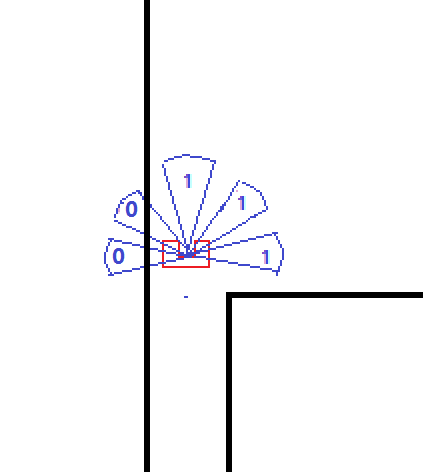 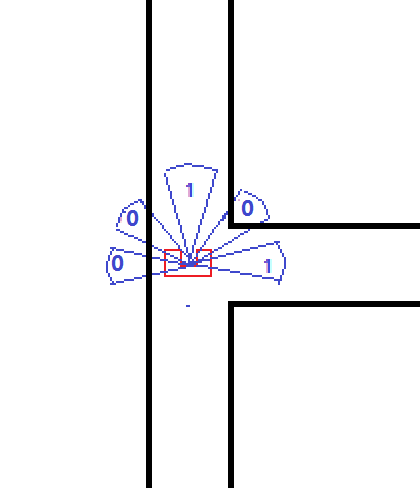 Open space only happens on the left side of the robot as showed in Figure "openspace-Detection-case3". The feature of this case is similar to that of left T junction showed in "openspave-case2"(right). Laser beam at 45° helps to distinguish them. 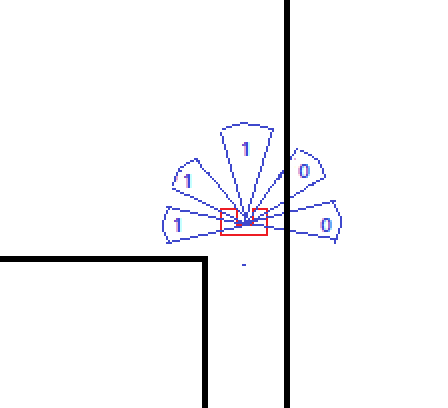 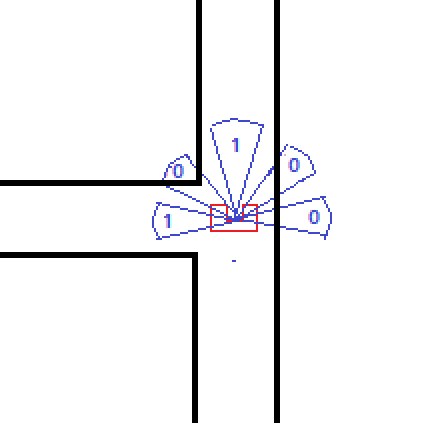 The code introducing the information of front left/right laser beam into environment detection is positioned at the end of the "junction_detection.cpp", after the detection of junction is completed. The value of junction_flag and int array junction_direction which indicate the direction of the available corridors at the junction has been assigned. Then, checks on the result of LRF at -45° and 45° follows. If there is no obstacle found in one of these two directions, junction_flag will be reset and the information of left junction detection will be cleaned. i.e. the value of junction_direction[2] will be assigned zero. Variable openspace_flag will be set to indicate the discovery of open space, no matter it is left or right one.

And then, it comes the decision block. Now, the value of junction_flag is zero, Decision block will not execute "Corridor Decision Block" because the condition for this block doesn't hold as showed in figure '"Flow Chart of Decision Block". But the condition for the first case in "Open Space Decision Block" hold in this case and decision in this case is specified as 2(indicator of turning left movement) in this round and another variable "openspace_decision_flag" is set at the end of the this sub-block. When "turning left" movement is completed, same detection procedure is repetitively performed. Because the discovery of right open space, the indicator of the discovery of junctions keep being cleaned and indicator for left junction stays at 0 at the end of "Junction_detection Block", openspace_flag is set at the mean time as stated above. the second time when "Decision Block" is executed, the condition of the first case in "Open Space Decision Block" doesn't hold anymore beacause the value of "openspace_decision_flag" has been set to 1 and no block help to reset it up to now. It is until "Openspce_case3" that "Decision Block" executes sub-block3 and reset the value of "openspace_decision_flag". That is how open-space algorithms works. 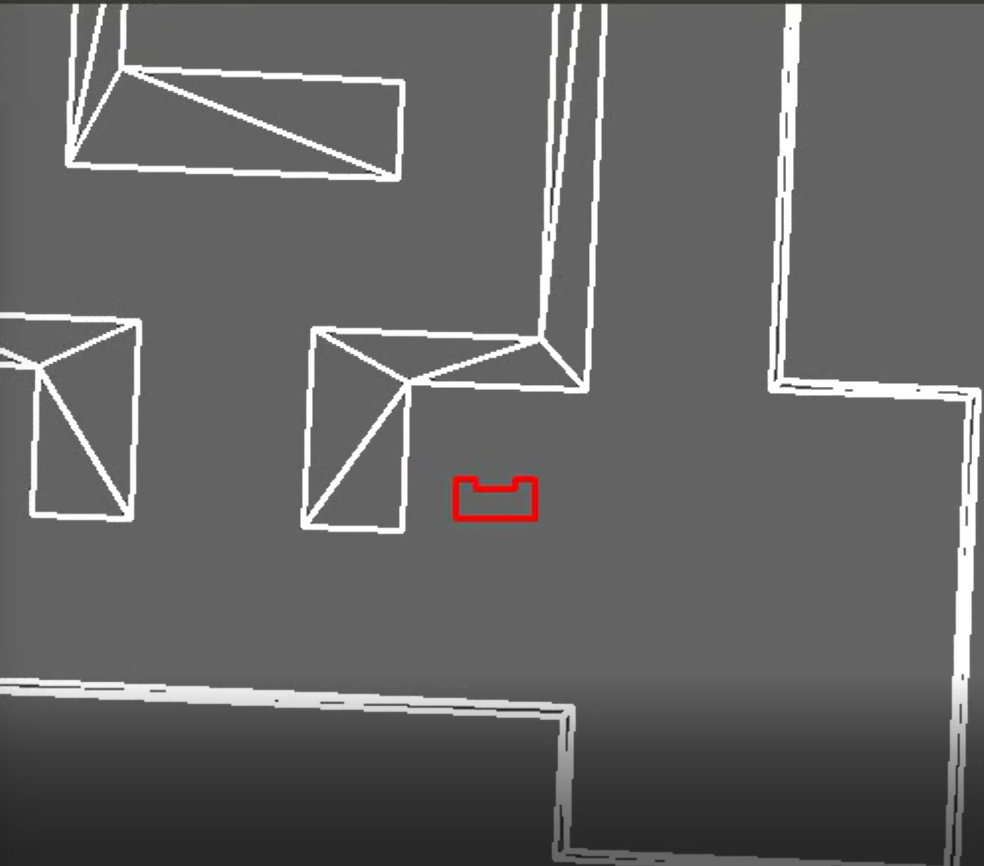 “Decision Block” is called after “Detection Block”(junction_detection & door_check) has been executed with the information which indicated the existence of door、junction and open space provided. The value of junction_flag ,openspace_falg and openspace_decision_flag are checked.

As for the first sub-block in "Open Space Decision Block", it will give the movement comment "Turning left" and set variable "openspace_decision_flag" at the end of itself, which ensures that it can only be executed by one time in every open space and only executed at the moment when robot enter the open-space.


turnStraight:
PICO shortly moves straight for 0.5m or when counters time[3s] has passed and continues with the moveForward function. The counter is needed to prevent the program go into a loop when PICO is not able to move the distance. The forward movement is protected by 5 laser sectors. When it is too close to the wall or obstruction, the forward movement will move backwards with an speed of -0.2m/s. When the laser beams for the obstruction detection on the sides of PICO detects that it is too close to the wall, the program goes into the state of protection and moves PICO away from the obstruction.


movForward:
After finishing the turnStraight, the code will go into the movForward state. PICO moves straight for 5m or stops when counters time[5s] has passed. This movement is exactly the same as the turnStraight movement except for the distance and countertime.


protection:
When an obstruction is detected in the turnStraight or movForward, PICO then stops and moves sideways to avoid the obstruction.
The protection in the junction_movement.cpp and move_forward.cpp are explained here: protection

The code snippet is included below:
code snippet: junction_movement.cpp