The first thing that was considered for the corridor challenge was some kind of repulsion from walls to make sure Pico does not bump into anything. For the repulsion as simple version of an Artificial Potential Field is considered. 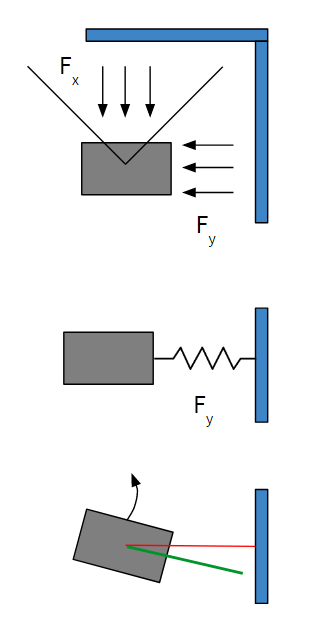