The aim of this course is to implement embedded software design to let a robot (PICO) navigate autonomously throughout a maze. PICO is a telepresence robot from Aldebaran. The PICO is programmed to find its way through a maze, without user intervention. The knowledge of C-programming (C++), ROS, and control technology is needed. The environment of the maze is unknown in advance. Besides crossings, intersections, dead ends, and the exit, the maze also contains doors that automatically open and close. On this wiki page, the approach, concept, program design and chosen strategies and algorithms which are presented and explained.

Task and goal: Find way out of maze as fast as possible.

The requirement analysis base on the problem statement and divide in different level of important as ‘must’,’should’,’could’ and ‘wont'

Ensure all the requirements can be meeted. 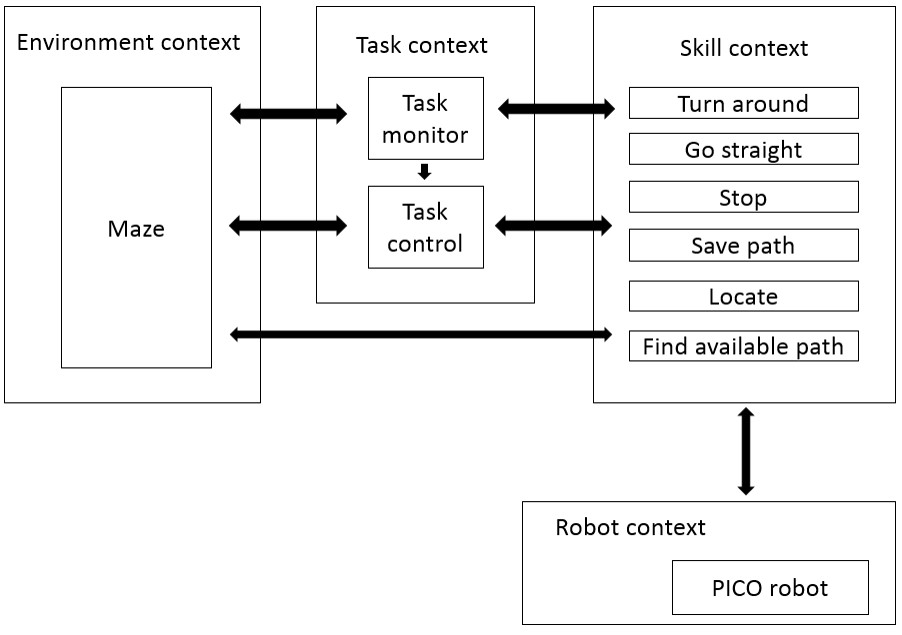 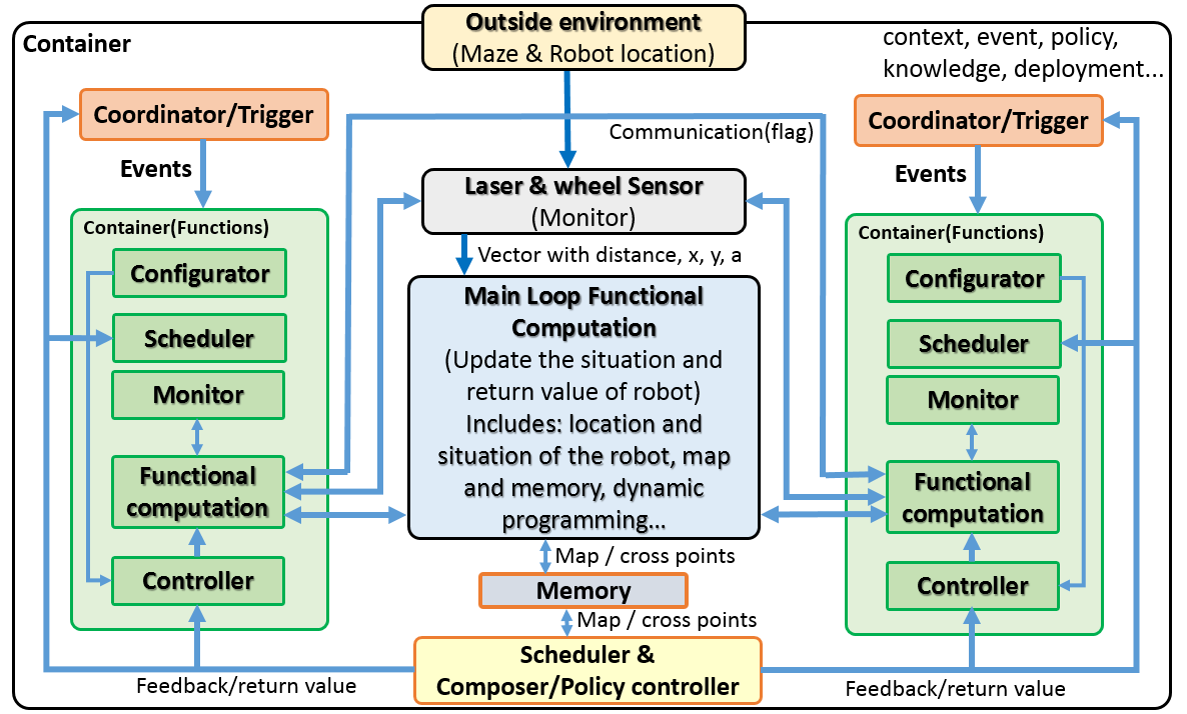 To be more specific, the structure model will be decoupled into Composition Pattern (5Cs). Below we describe how the 5Cs have been decoupled in the design of the depicted components.
5Cs:

Firstly, the structure model is obtained in system level. Secondly, the lower level composition patterns of the coordinator and the computation blocks (Navigation and Motion control) are shown respectively.