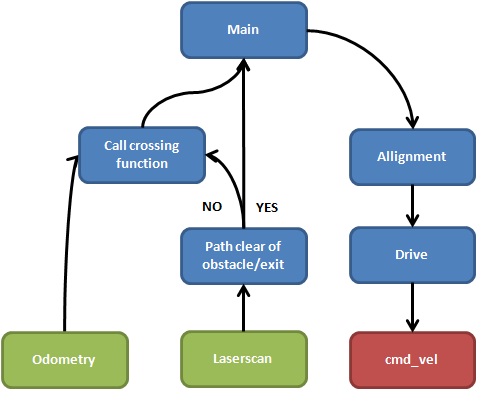 Week 5 -> A new self aligning algorithm was implemented, and the robot is able to align itself in the simulator, given any initial angle and position inside the maze. -> Working on publishing the odometry data using tf