In Table 1, the average results of the model, as well as the calculated performance indicators, are shown for the three different motion-planning algorithms for each test case: 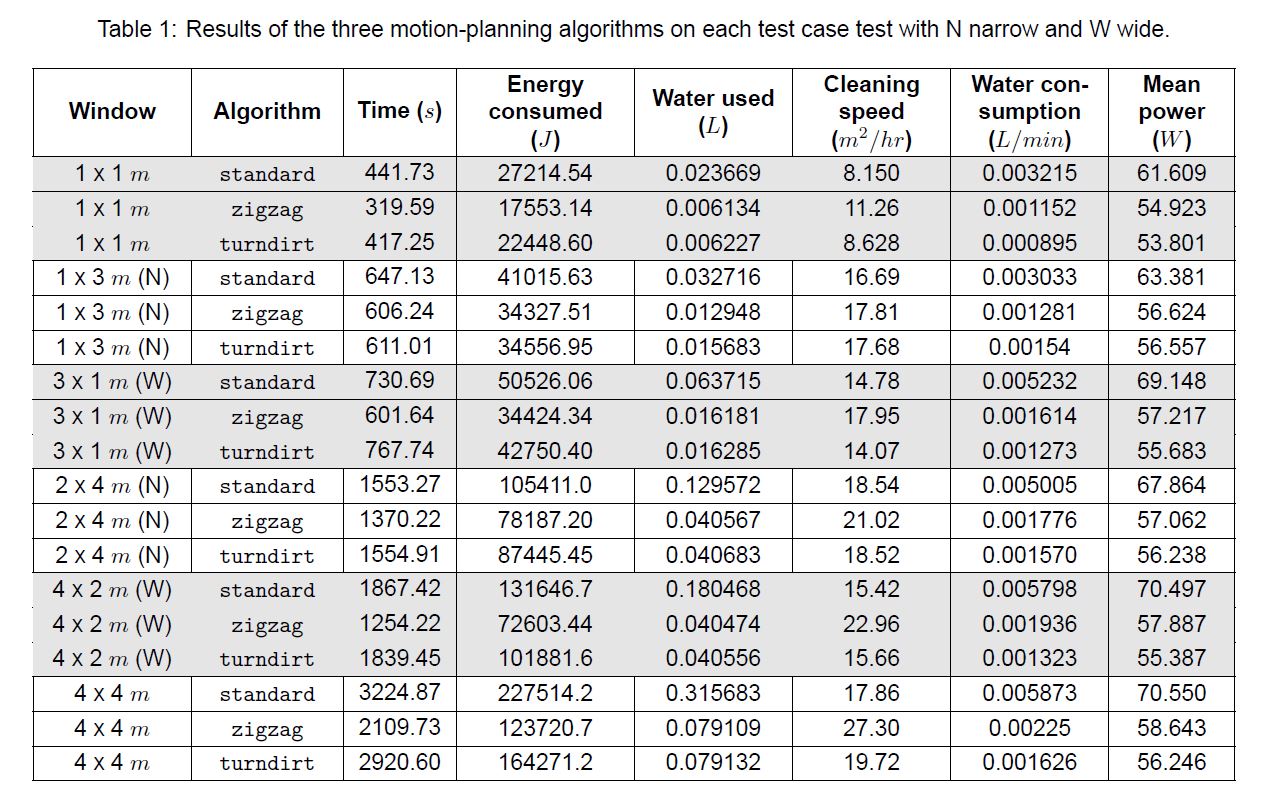 There are a few remarks that can be made based on the results above. First, the zigzag algorithm has overall performed best on the field of time-efficiency, having spent the least time on most of the window surfaces. The standard algorithm on the other hand takes on average the longest time to clean the windows. Despite that the turndirt algorithm is overall faster than the reference algorithm, there are two situations in which the reference algorithm is faster. This is the case for a window size of 3 x 1 and 2 x 4 m. Since performance of the turndirt algorithm is highly dependent on the dirt distribution (it is namely more efficient when persistent spots are in the center of each row), this could be an explanation for these remarkable results.

At last, attention is spent to the window sizes and their influence. As can be seen in Table 1, the difference in cleaning speed between the zigzag algorithm and both other algorithms is more significant for wider and bigger windows. This can be explained by the diversity in strategy of the algorithms. Since the main gain of the developed algorithms lie in their ability to skip already cleaned surfaces, the difference in performance will become clearer when the rows are longer. Hence the developed motion planning algorithms will exhibit their benefits especially at larger and wider windows.